As the end of the 2022 calendar year draws close, it’s the perfect time to look back and reflect on what’s happened over the past 12 months in the world of cricket. While the year started with Virat Kohli being the Test captain, he stepped down as the leader of the red-ball format in the first month of the year, not much after the team management had named Rohit Sharma the captain in white-ball format moving forward despite Kohli suggesting that he would want to continue leading the team in the ODI format.

Even though the Indian Premier League returned to its home in India this year, all the league matches were held across Mumbai and Pune with Kolkata getting to host the Qualifier 1 and Eliminator and Ahmedabad hosting the Qualifier 2 along with the final. Gujarat Titans, a team that made its debut in the tournament in 2022 went on to lift the trophy. Another debutant Lucknow Super Giants made it to the Playoffs.

Meanwhile, Women’s Cricket entered the Commonwealth Games for the first time. However, the Indian Women’s team had to settle for a silver medal after losing to Australia in the finals. There were hopes that the team would go on to lift the ODI World Cup in New Zealand but that dream was shattered too, much like how the Rohit Sharma-led side lost to England in the semifinals of the T20 World Cup to crash out of the tournament.

Apart from all this, the year also saw several men and women cricketers retire from either one or multiple formats. Here is looking at some of the big names that bid adieu to at least one format of the game in 2022. One of the finest cricketers to have ever player the game from New Zealand, Ross Taylor retired from all forms of international cricket this year. The right-handed batter scored over 18,000 runs in international cricket and hung his boots after an illustrious career that saw him finish as the country’s highest-ever run-getter in Test matches as well as ODIs. It was fitting then that in perhaps the greatest moment for the BlackCaps it was Taylor who finished things off for the Kiwis, helping them seal the inaugural ICC World Test Championship final. 2022 also saw one of the finest T20 cricketers of his generation Kieron Pollard say goodbye to all the three formats of the sport. “Hi all, after careful deliberation, I have decided to retire from international cricket. It was a dream of mine to play for West Indies since I was a 10-year-old boy and I am proud to represent the West Indies for over 15 years in T20 and ODI format of the game,” Pollard wrote while making his decision public on social media. Not only did he get the honour of leading the West Indies team in white-ball cricket but he was part of the 2012 T20 World Cup winning team. Apart from being a fierce hitter of the cricket ball, which his strike rate of 135 in T20Is shows, he was a handy medium pacer and a superb athlete, taking a few scarcely believable catches during the course of his career. Before the IPL 2023 deadline, Pollard even announced his retirement from IPL. Few other sporting stalwarts have had a greater impact on the women’s game than Jhulan Goswami. It’s been an extraordinary journey for the leading wicket taker in international cricket who rose from humble beginnings in Chakda to becoming a world-beating force, in the process inspiring millions of girls to not give up on their dreams. She achieved all of this at a time when women’s cricket in India was far from being a mainstream career. After a career spanning 2 decades, Jhulan finally ended her career having played 12 Tests, 204 ODIs and 68 T20Is and scalping a total of 355 international wickets. Ben Stokes made headlines for multiple reasons in 2022. While he became the captain of the England Test team post Joe Root’s decision to step down as the skipper, he along with head coach Brendon McCullum introduced the Bazball, the new aggressive style of playing Test cricket. Even though it appeared bizarre initially, the Three Lions have tasted remarkable success using it, most recently completing a 3-0 clean sweep of Pakistan in Test matches. However, the one reason which shocked the cricketing world was his decision to announce retirement from ODIs by claiming that playing all three formats is unsustainable. Stokes later played a crucial knock and hit the winning run at the T20 World Cup final against Pakistan. Stokes ends his ODI career with 2924 runs from 90 innings. He even scalped 74 wickets in this format. The poster girl of Women’s Cricket in India, Mithali Raj also hung up her international cricketing boots this year. It remains to be seen if she chooses to play the Women’s IPL next year. However, irrespective of that, Raj deserves a special mention as she inspired a whole new generation to follow their heart and make careers in spheres which were earlier looked at as things that only men can do. Other than being the country’s highest run getter in international cricket with close to 11,000 runs, Raj was the country’s captain for a long time and took India to many a milestones. Raj has had a similar impact on the women’s sport in India that Jhulan if not more. The two of them were the pillars on which the India Women’s team relied on for a good part of the past 2 decades. 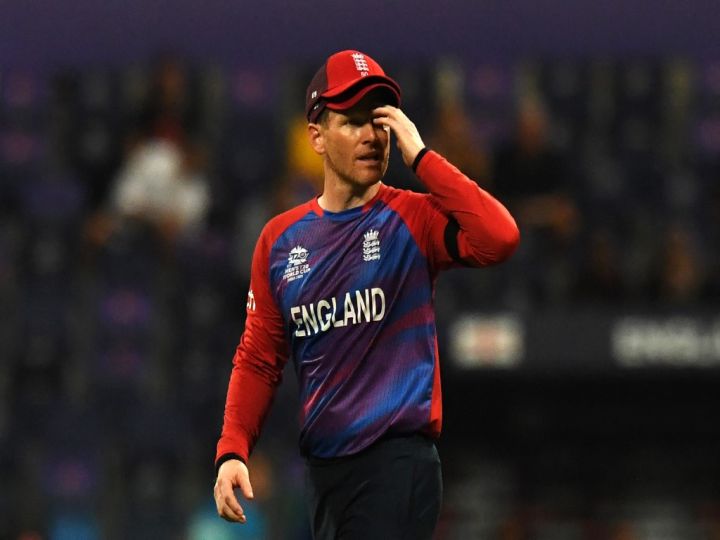 World Cup-winning captain England’s Eoin Morgan also announced his retirement from all the three formats in June, not waiting to have another go as the skipper at the T20 World Cup later in the year but announcing his decision after struggling with poor form. Morgan ended his career as the Three Lions’ leading run-getter in ODIs. He was in charge of a team which changed the way white-ball cricket was played around the world and introduced a more attacking approach which could fail occasionally but when it worked, the opposition was completely outplayed. He led England in over 120 matches and ended with a win percentage of 65.25. He was equally brilliant in T20Is- both as a batter and a captain ending with a win percentage of 58.33.

Denesh Ramdin, Mohammad Hafeez and Lendl Simmons are some of the other cricketeing stars that ended their careers in 2022.